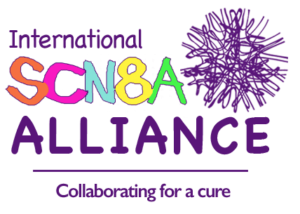 SCN8A was discovered in 2012 as causing epilepsy in humans by Dr. Michael Hammer, a geneticist whose daughter was having uncontrolled seizures and developmental delays for which there was no known cause. Driven to find an answer for why Shay was struggling with this very difficult to treat form of epilepsy and related delays, Dr. Hammer applied for and got permission to analyze DNA from himself, his partner, his son and daughter Shay to try to solve the mystery. His lab at the University of Arizona made the discovery that a mutation on the SCN8A gene was to blame for Shay’s challenges, but sadly, the discovery came just after she passed away from SUDEP – sudden unexpected death in epilepsy.

From that day forward, Dr. Hammer has dedicated his life to improving the understanding of SCN8A and finding better treatments for those living with the disorder. He started working with JayEtta Hecker and Gabi Conecker to share his information with SCN8A families in 2014, soon after her son, Elliott, was diagnosed with SCN8A.

We recognize SCN8A Awareness Day on February 9th in honor of Shay’s birthday.

SCN8A syndrome is an ultra rare disorder that often manifests in difficult to treat epilepsy beginning in early life and which significantly impacts development and quality of life. Genetic variants in the SCN8A gene lead to a wide spectrum of neurodevelopmental delays and very often present with difficult to treat epilepsy. We are learning that there are many different forms of SCN8A that lead to different kinds of seizures, levels of development and response to medications. There are currently roughly 800 identified cases of SCN8A globally but it is estimated that one on every 60,000 lives births results in an SCN8A mutation, or 1% of all epileptic encephalopathies. Seizure onset is typically from birth to 18 months with a mean age onset of 4-5 months of age. But SCN8A is so much more than seizures… 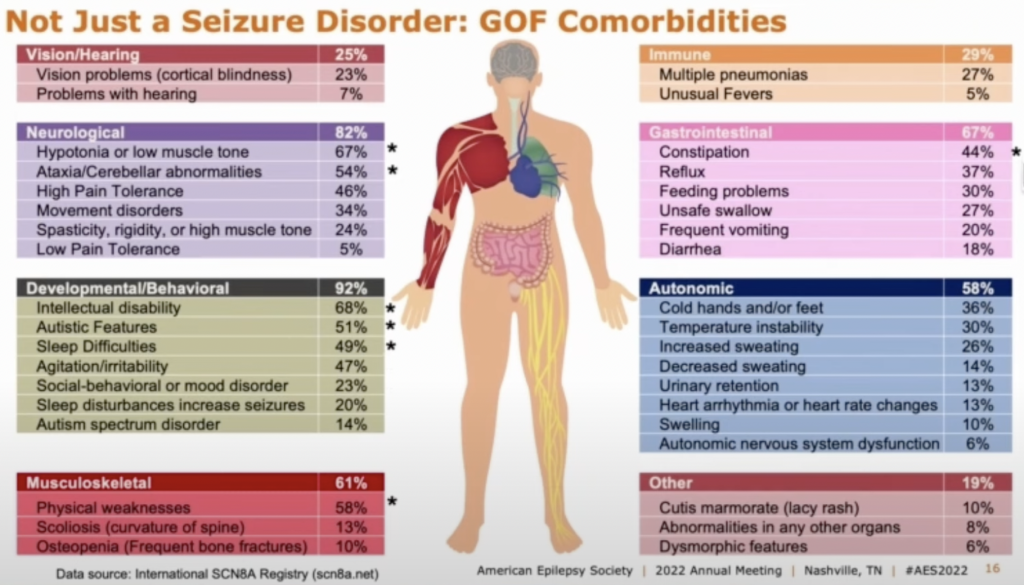 The International SCN8A Registry was developed in 2014 to fill the gap in understanding the spectrum of the disease, document the natural history of the wide spectrum and capture the experiences of individuals with SCN8A syndrome. This vast data, along with critical efforts working with pediatric epileptologists who treat those with SCN8A from around the world, will contribute to improved clinical management of SCN8A syndrome.

Currently, we are working on developing the first SCN8A diagnosis and treatment guidelines. In 2022, a global consensus was achieved across various areas relating to phenotype, diagnosis, and treatments. We host an SCN8A research consortium to bring highly skilled researchers together to collaborate on projects and learn from one another so that everyone can benefit from their rigorous research efforts. We are also partnering with the Maryland Brain Bank, and NIH NeuroBioBank site, to build a brain tissue donation bank for SCN8A. The precious donations in the bank will allow cutting-edge researchers to do critical investigations that are currently not possible with only imaging technology and animal modeling.

A United Front Against SCN8A

The mission of the International SCN8A Alliance is to work with urgency to find better care treatments, and a cure for SCN8A. In order to do this, we knew that we had to join forces with as many of those working in SCN8A around the globe to coordinate and collaborate. In 2022, we formed partnerships with many of the global, caregiver-led initiatives working to fight against SCN8A and support the families navigating SCN8A.

DONATE
Get Updates
All

Designed in partnership with Octavia Media